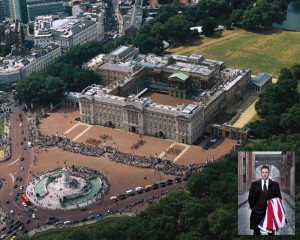 Russell is honoured to confirm that he will be one of the headline performers at HM Queen Elizabeth II’s Coronation Festival in the grounds of Buckingham Palace on July 11 -13.

Russell feels “very lucky indeed” to be invited to participate.

“I’m pretty sure when I was growing up in Salford as a lad that if anyone had said to me I’d be singing at three shows for Her Majesty at Buckingham Palace, I’d have thought they were mad.”

The sold out event will be filmed for television and radio in front of a specially invited audience on 11 July 2013. https://www.coronationfestival.com/

Image of Buckingham Palace used with kind permission from